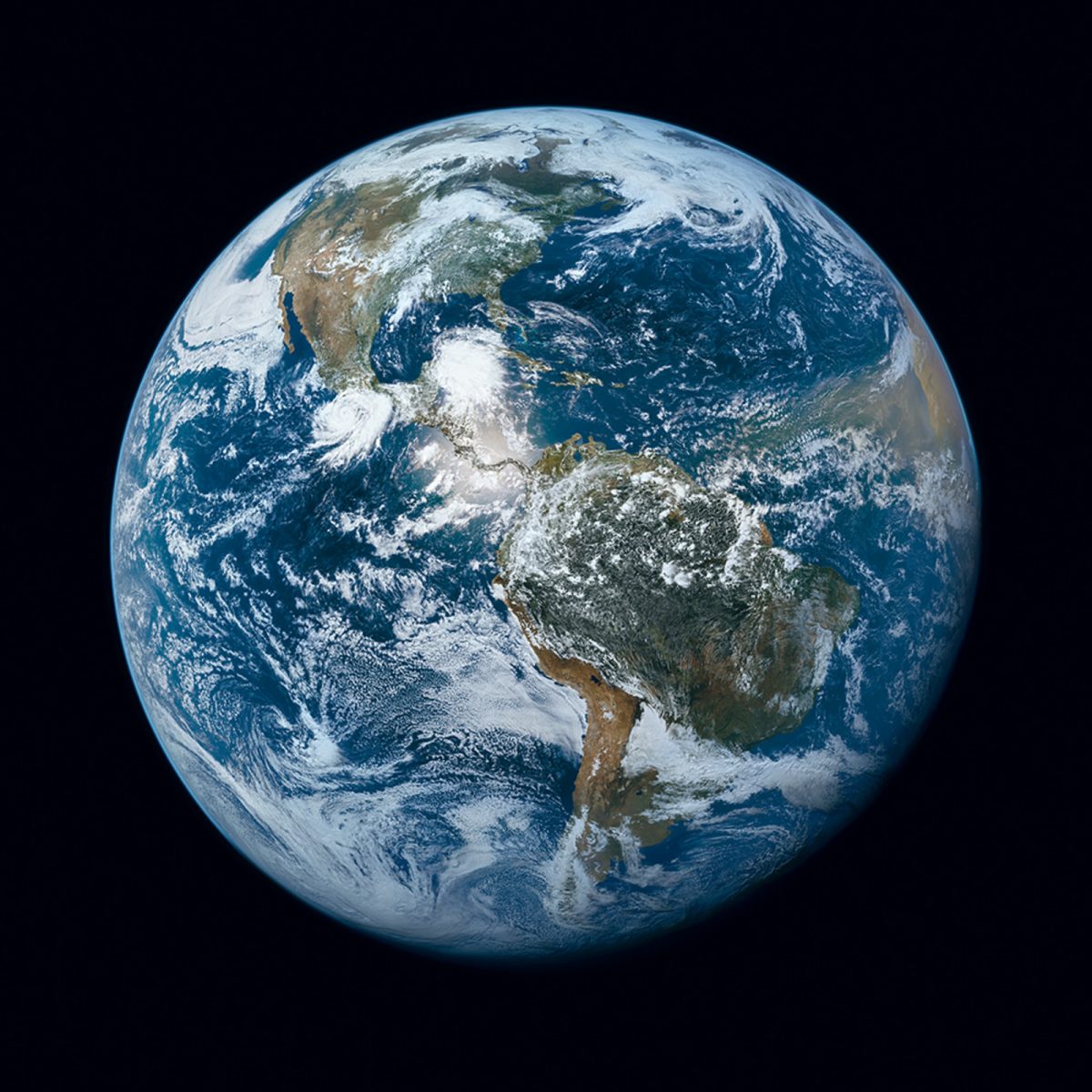 How is it, exactly, that you and I know what the Earth looks like? Excluding any astronauts in the room, we ourselves have never seen it.

The first view of the Earth from the moon, a noisy black and white photograph, was taken by Lunar Orbiter 1 in 1966. Then, on December 24, 1968, a mere half-century ago, astronaut Bill Anders took the famous Earthrise – a photograph of the distant Earth rising beyond the surface of the moon – aboard the Apollo 8 mission, the first manned lunar orbit. Since then, we’ve gotten ever closer approximations to having a view on what the Earth ‘looks like’, which is to say, how it appears in its entirety from the outside.

However, many of the contemporary views that we have of our Earth and our cosmos are not actually photographic – they’re raw image data from robotic interplanetary missions. The images that we ultimately see are visual interpretations of processed data.

Michael Benson (b. 1962) has been working with this data for more than a decade, constructing from their fragments a view of space that we can understand. From the sunset on Mars to a sunshower on Saturn, the views on distant space as seen in Benson’s images are equal parts scientific and romantic. Beyond the implicit reminder that robots have already travelled farther on our behalf than we humans ever have, Benson’s detailed photomosaics also speak to the great amount of work that goes into making sense of an impossibly large universe.

In this photo, Benson’s view of the Earth is mysteriously simple – it apparently shows us something we already know. Yet, what is most significant about the image is the sense of recognition we experience regarding something which, in fact, we have never seen.

“We came all this way to explore the Moon, and the most important thing is that we discovered the Earth,” Anders famously said, upon returning from the Apollo 8 mission. Rather like the fish who doesn’t realise he’s swimming in water, our relationship with our own terrain is easy to not perceive due to its ubiquity. We can see the earth at our feet, the clouds in our sky, perhaps some mountains in the distance, and while all of these feel like the complete elements of a landscape, it’s all too easy to forget that this is looking at the planet from a distinctly human scale. It is an incomplete view.

For the few rare humans who have experienced the sight of planet Earth from outer space, they report a cognitive shift in their understanding about their world. Author Frank White dubbed it the overview effect. This phenomenon of visceral understanding, awe-inspiring and ecstatic, is described by The Overview Institute as “the experience of seeing firsthand the reality of the Earth in space, which is immediately understood to be a tiny, fragile ball of life, hanging in the void, shielded and nourished by a paper-thin atmosphere.” Together with this realisation comes the imperative to connect and protect this world we call home. It is a viewpoint and an insight, they say, they wish they could share.

An image like Benson’s takes one small step in that direction. Naturally, a photograph cannot extend to us the full transcendental experience. It can, however, offer us the suggestion of all that we do not know. Perhaps this glimmer of the unknown, with its entreaty to explore, is enough to generate the next giant leap.

The Overview Effect was published in GUP#55, the Wonder issue, and later online at GUP Magazine, featuring the work of Michael Benson.