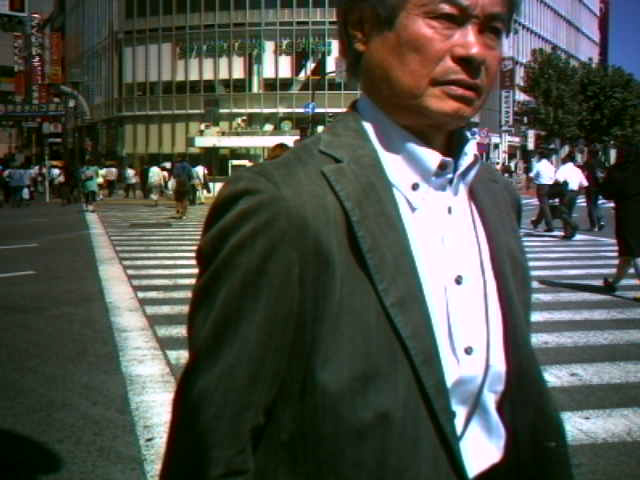 We’re delighted to welcome Katherine Oktober Matthews as our judge for theme two: ‘Urban Life’. A talented photographer and videographer in her own right, Katherine will be judging this month’s theme on behalf of GUP Magazine, an international photographic quarterly for which she’s online editor and a regular columnist.

Katherine writes, photographs and edits for GUP from her home in Amsterdam, but is originally from Texas and has lived in Prague and Sydney along the way. Her university degree in Psychology, and work history in IT give her a unique perspective and makes her an exciting guest judge – she has a stunning eye for a great image and an appreciation of the world of photography from both behind the lens and in front of others’ portfolios.

Katherine writes beautifully on subjects such as human flaws and alienation and this perspective and mindset extends to her photography, where she explores the complexity and extremes of her home state of Texas as well as the diverse world beyond it. A particularly stimulating body of work is her on-going video based project Moving Metropolises. Through this she has explored Tokyo, New York City and London, cutting frames of the familiar with intrigue and oddities. It’s this ability to capture the beating heart of a city, as well as her commercial nous which makes Katherine the perfect judge for the theme of ‘Urban Life’. We’re sure she’ll select an exciting set of images and provide insightful and relevant feedback to our entrants.

Hi Katherine. Where in the world do we find you, and what’s occupying you at the moment?

I spend most of my days and nights behind a computer actually, so it’s probably most accurate to say I’m post-geographic. It’s strangely contradictory with my increasingly Luddite loathing and distrust of technology, but such is the world now. In any case, I’m based in Amsterdam, which is an epicenter in the earthquake of photography. It’s an amazing place, and these are interesting times.

You’re online editor for GUP Magazine. Can you tell us a little bit more about GUP and your role?

GUP (Guide to Unique Photography) has been around for nearly a decade as a print publication, and gupmagazine.com launched in 2010, as a complement to the magazine. Since then, we’ve been trying to feel out the ideal relationship between the print and online editions, trying to serve as a source of inspiration for those interested in art photography. Some of the content is shared across the platforms, but we do treat the two media as different, because they are: different audiences, different capabilities in presenting projects, different ways that people interact with page-turning or clicking. It’s not that one is better than the other, they’re just different.

As Online Editor, my goal is to find and share with our readers the best and most unique things happening in the world of photography today, whether those are photo projects, photobooks, or even lines of thought in photography. We take as a starting point that our readers are visually informed – so it’s quite a task to stay at the forefront of the latest and greatest coming out of photography scene worldwide. In practical terms, I’m responsible for selecting all the content for GUP online: photo projects (and sometimes selecting images or sequencing series of those projects), photo books for review, as well as text content like reviews, interviews and blogs – and of course, contributing with my own writing, whenever I can.

Outside of the day job, you’re a hugely talented photographer, videographer and writer. And yet you started with a degree in psychology and work in IT. How did this career trajectory happen? And do you think your background influences your work and art now?

I don’t even think you can call it a career trajectory – that makes it sound planned or at least orchestrated. I’m deliberate with my choices, but I’m constantly reacting to changes in the world, the people around me, the appearance of opportunities… life has felt very fluid.

For better or for worse, here’s the deal: I’m interested in almost everything. Being a specialist, or even being something – that is, being one thing – has never appealed to me.

I recently read an interview with Alec Soth, and he said, “If you want to be an artist, if you want to be a creative person, then you’re gonna have to be creative in how you put your career together. There isn’t a path. Part of the creativity is making your path.” Too true. And I’ve been frustrated sometimes for want of a role model that simply isn’t there, but a big part of coming-of-age as an artist is realizing that very terrifying thing: you cannot follow anybody else anymore.

That makes it sound too easy, actually. It’s more than frustrating, it’s threatening existentially. I’ll riff on Sartre: an artist is condemned to be his own master.

Your series ‘The Ocean Cleanup’ is quite provocative, and (to me at least) a brilliantly playful view on a serious subject. Can you tell us a little bit about it?

The Ocean Cleanup is a collaborative project I did with a brilliant chef, Aaron Tighe from Circle of Misse, as part of a charity effort for the organisation The Ocean Cleanup. I was incredibly inspired by the work they’re doing to try to remove the mass amount of plastics in the ocean, so I got in touch with them to ask if they would let me take some pictures of the plastics. Since they’re based in Delft, just a short train ride away from Amsterdam, I was able to pick up the plastics and use them as authentic props in the images.

Aaron and I created six dishes based around fish, with the exception that the fish has been replaced by the oceanic plastic. The project became a way of showing immediate and concrete consequences for something that might often feel like a distant problem. That is, few of us can understand the harm of plastics in the ocean as anything other than a remote and abstract problem. This project brings it right to the diner’s plate: it’s your problem, too.

What I found so fulfilling about working with Aaron is that he knew exactly how to make the meals beautiful. They’re disgusting actually, but they’re also beautiful. The result is that you wish you could eat the meal in front of you, but… you can’t. It’s plastic.

When I look through your photography, I see a recurring theme of people and their relationships with place. Is this fair?

To some extent. I’m more interested in people’s relationships to themselves, and their ways of fulfilling or defeating themselves, which of course includes place. People identify themselves through the places they were born, or the places they spend time. Even people who want to refuse any commonalities with a place, for example some of the people who have left the cities or countries of their birth, are still somehow dependent on that place in order to rebel against its construct. It’s an inescapable bond, but that’s not a bad thing.

This sounds like a contradiction to what I said earlier, about being post-geographic, doesn’t it? That’s okay, I’m good friends with cognitive dissonance.

But I see it like this: Part of being a child is absorbing the environment around you, and part of being an adult is learning which of those pieces are compatible with the independent person you want to be; you keep some parts, you shuck off the others, or at least try to. The act of deconstructing your cultural beliefs to arrive at individual truths is probably a lifelong process, but it’s made all the more difficult if you never stop to consider where your thoughts originate from. Questioning the veracity of your thoughts is challenging, and will take you down dark paths, but you can’t be afraid of the shadows of your mind. Happiness isn’t worth ignorance, or superficiality, or delusion. You can delay or deny it, but that’s just extending adolescence.  It’s not taking responsibility.

Essentially, organisms have brains in order to move through physical space – for resources or mates, for example. There was a great TED talk by Daniel Wolpert about this, and he described the Sea Squirts which move about in their youth, but once they settle on a rock, promptly digest their brains and nervous systems. With this in mind, I don’t think you can look at people without looking at the choices that they make with regards to place.  It becomes indicative of so many aspects of an individual: their freedom (or lack thereof), their assertion of independence (or deferral to dependence), their cultural or familial or personal values. You can see the ways that they attempt to manipulate or dominate a space, or the ways that they let the space manipulate or dominate them. A person existing in space and time is a limitless field of study, as far as I’m concerned.

As an art editor, what advice would you give to emerging or aspiring professional photographers? What does it take to stand out to someone who must see hundreds of images a day?

But let’s start with the bare minimum of the art world: you’re thoughtful about your work, you’re skilled at executing your ideas, you’ve got something to say and a distinctive voice to say it in, and you’re working hard. There’s your starting point. That’s what you need in order to even be competitive.

Beyond that, you’ve got to have thick, thick skin to accept daily criticism and rejection. And not just accept it grudgingly, but gracefully – absorb it as helpful feedback. Say ‘thank you’, and mean it. It takes perseverance, resilience, and a good attitude so that people actually want to help you. Because you’re going to need a lot of help along the way.

You’re judging our theme ‘Urban Life’. Having explored New York City, London and Tokyo extensively, what are you looking for in a winning entry?

The best images give a layered viewing, just like the unfolding flavour in a complex taste of wine. The first hit should immediately grab with aesthetics – something that wakes up the reptilian brain with a question: “I haven’t seen this before, what’s this?”

Then I should be engaged intellectually – there’s something to think about, something to figure out. My eyes should want to wander every part of the image to absorb more details.

Then, I should have an emotional reaction… I understand what it’s getting at now, but do I feel anything?

If you’ve delivered a view of urban life that’s visually unique, thought-provoking and emotional – we’ve got something to talk about. That’s the sort of image that invades me.

Life Framer interviewed me for their contest this month, which I’m judging. The theme is Urban Life.