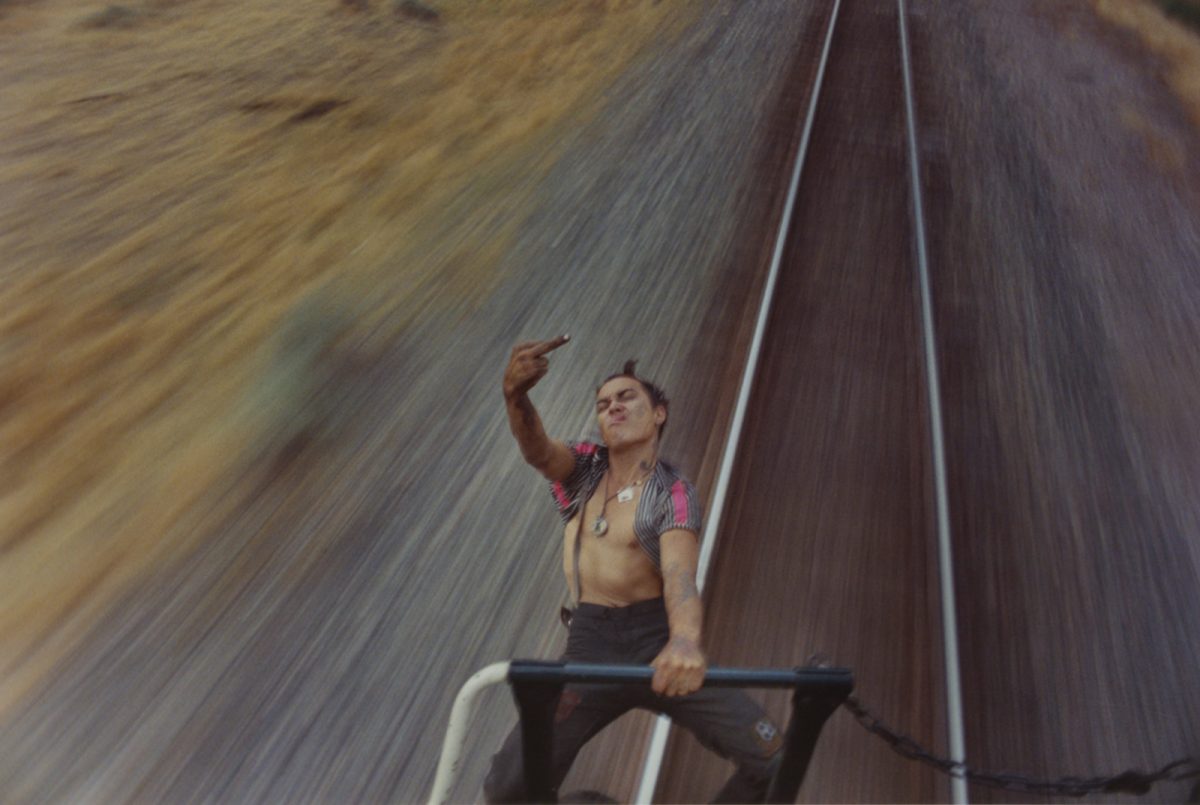 In 2013, Mike Brodie (1985, USA) enraptured the photographic world with the publication of his first book, A Period of Juvenile Prosperity, a richly rustic documentation of his free and filthy train-hopping journeys across America. Before the images of Juvenile Prosperity, however, Brodie honed his photo expression with a Polaroid camera that he received in 2004, taking on the moniker The Polaroid Kidd. These early images that he shot on the road, from 2004 – 2006, are now being published as his second monograph, Tones of Dirt and Bone. We had the chance to ask Brodie about restless living, seeing the U.S. landscape by train and settling down.

Your first book, A Period of Juvenile Prosperity, was shot while train hopping. Is that also the case with this earlier Polaroid work, or did you use other modes of transport, as well?

Train hopping was my primary means of transport as I made my way across the country. There were also buses, and hitchhiking, but the majority of the Polaroids stemmed from spending time in one community and meeting people that way, the train riding was where I spent most of my loner moments, photographing nothing at all.

That’s interesting – your photos make train riding seem like such a communal experience. Is that because you mostly only photographed when people were around, rather than during your loner moments?

Yes, I mostly took photos when people were around because that was the subject I was attracted to. I saw a lot of beautiful countryside but I didn’t take many photos of that. It was a communal experience at times but most people I knew were not as aggressive with my eagerness to ride the rails. So I would get restless and leave town!

How long did you usually share company with the people you met on the road before going your independent ways?

Three days max and I was gone, after that I would get restless and would have to move on. I remember spending three months in Oakland, California because I like the way of life so much. As far as shared company, it’s a toss-up, we all literally weaved in and out of each other’s lives – no real direction or wherewithal – it made life surprising!

Were you constantly on the road during this time?

Constantly on the road. All I wanted to do was move, if I wasn’t moving I wasn’t doing and I would get sad and lose direction, always moving.

This is an excerpt. The full interview with Mike Brodie was published in GUP#44, the Raw issue, and later online at GUP Magazine.