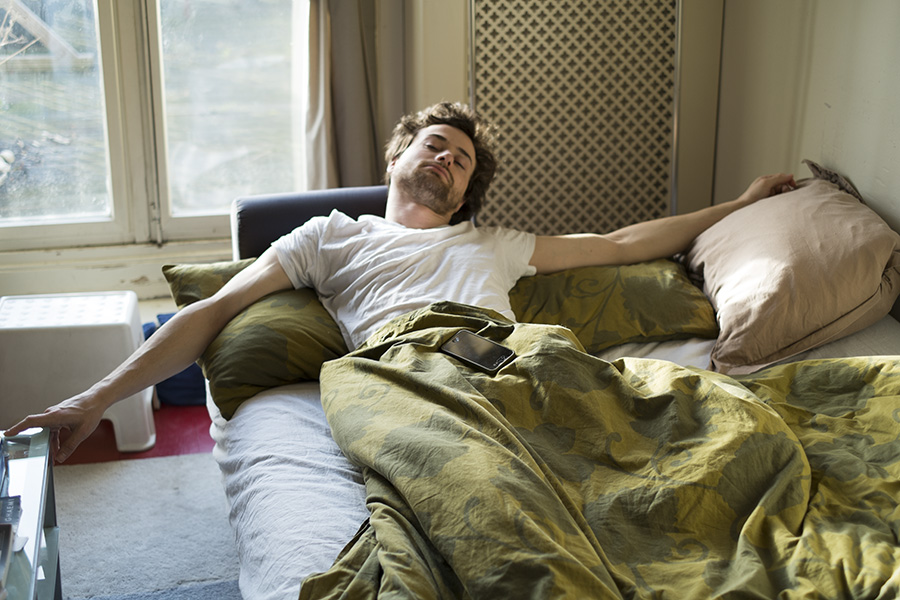 There’s a budding young writer camping out on my couch — broken, and broke — who lives under the popular (mis)impression that all writers of significance have come unto their craft exclusively through some combination of madness and intoxication. The unfortunate result, in the case of this particular gentleperson, is that he is devoting all his time towards the madness and intoxication, and none at all towards his writing. I watch his clichéd thinking unfold with a certain amount of malaise, but then I stop myself… and remember that I must reassign some blame to the same thing that has often driven me, as a fervent reader and writer, hard into the hypnotic vortex of nihilistic despair: narrative.

The narrative goes something like this: Boy meets girl. Misunderstandings and hilarity abound, but love follows inevitably. Or: a special child is born, marked for future success. Challenges are presented! Then overcome! Inner conflicts add complications, but those are mere diversions making (certain) victory all the sweeter.

You’ve read that book, too, haven’t you? Like, all of them?

But, one of the problems with narrative thinking is that it asserts a beginning, a middle and an end, mental constructions that cannot be applied to the complicated fabric of Real Life. We don’t all agree on the narrative, for example. One person’s climax is another’s lull. The sad part of this story is that there is an even greater problem of narrative thinking, a dark side not oft discussed: Its deliberate assignment of meaning to all things, no matter how trivial.

The task of the storyteller is to identify which details are relevant and edit out those that are not. Diversions about this year’s carrot crop are not welcome in a murder mystery, unless it is a clue. The very mention of such a thing in a novel will trigger the reader to speculate what will happen with the carrots later down the line — what does this mean?

In our day to day lives, we do not necessarily project significance onto carrots should they appear in front of us in the grocery store, or even randomly on the street. This is the difference between fiction and life. Yet, as we become more and more versed in the skill of narration, we start to seek out and expect the same significance from reality. As readers, we are trained to look for meaning. As storytellers, we are urged to sieve out the meaninglessness. But as human beings, we exist in a deluge of irrelevant minutiae.

Viktor Frankl, Holocaust survivor and therapist, wrote in his book Man’s Search For Meaning that we humans can survive almost any amount of suffering, should we find sufficient meaning in it. This turns out to be fairly tricky though, because, he explains, “The meaning of life differs from man to man, from day to day and from hour to hour. What matters, therefore, is not the meaning of life in general but rather the specific meaning of a person’s life at a given moment.”

In other words, finding meaning is a lot of work. The trouble of the task of being alive not just now, in the moment, but also maintaining the energy for the ongoing struggle of staying alive, is in the demands of the continuous search for meaning. Day to day, hour to hour. And yet, we are compelled.

The act of making connections between disparate points is fundamentally forming narrative. And it’s a constant battle on shifting sands.

This tendency to divine unique purpose for one’s life from events unfolding that seem not just germane but destined, is intoxicatingly rich when the pieces happen to click together, but can feel crushingly isolating and pointless when external events and one’s perception of purpose do not happen to coincide.

Hitchcock’s Axiom goes: A good story is life with the dull parts taken out. It’s a hell of a quip, but, there’s more at stake than the ‘dull parts’. It’s the so-called ‘irrelevant’ parts. And, while it’s relatively straight-forward to identify relevance in a story, expert constellation-formers that we are, here’s the rub: life is chock-full of irrelevance and we all like to play narrator.

The current obsession with social documentation — Facebook timelines, blogs and twittering, et al — only exacerbates the existential pressure. We give ourselves the burden of writing living memoirs, and the writer’s responsibility to ensure not only audience engagement but creation and presentation of meaning. That wasn’t just a grilled cheese sandwich I ate for breakfast, that was the latest in a series of food-based scenes which show-not-tell that I’m eating my unhappiness, and, if you’ve followed my posts over the last couple of years, you would see the larger narratives of The Girl Who Hated Her Job Then Left It, The Girl Who Had a Boyfriend Then Lost Him, and The Girl Who Came to Terms With Being a Crazy Cat Lady. Narratives that all lead to the overarching epic saga: The Girl Who Did Awesome Things, Eventually Got Everything She Wanted, and Died Fulfilled.

Yet, because real life does not have narrative arc, the result is that stories sometimes need to be reframed as they continue. The romance novel The Time I Met the Man of My Dreams has to be later rewritten in a semi-feminist shuffle to The Time I Dated a Jerk So I Could Learn What I Don’t Want, and the romantic short story Adventures With a Super-Hot Italian Guy had to be reframed as another episode in the ongoing dark comedy Things Were Seriously Better When I Was Alone.

It’s preposterous, but that’s my point: there’s no plot. There are consequences but uncountable unseen variables. Even if we can assume authorship of our choices, we cannot narrate with any legitimacy. And in saying that, I don’t mean to acid rain on your meaning parade, except to say that there is as much, or as little, meaning for any event in life as you care to deliver onto it. Meaning is by definition an idea, a mental manifestation. And, it would be wise of us, writers in particular, to give ourselves permission to not imbue every detail of our lives with its quality of relevance. There’s something to be said for giving in to chaos.

As I play my part of first-hand witness to the car crash of my couch-surfing friend as he plays out his own noxious narrative, The Boy Who Experienced Hardness and Suffering and Then Became a Great Writer Even Though Everyone Had Turned Against Him, taking every drink with pride as a significant step towards his goal, every friendship ruined as symbolic in the arc of his grand comeback, I can’t help but think I’m watching a different narrative unfold. A narrative that these days everyone, it seems, is living out: My Life is Special Because it is a Story.

I can’t say I’m any different. But, it is my earnest hope that, this year, the yield for carrots will be good.

Plot Points: How Reading and Writing Have Ruined Us All was first published on Versal Blog.