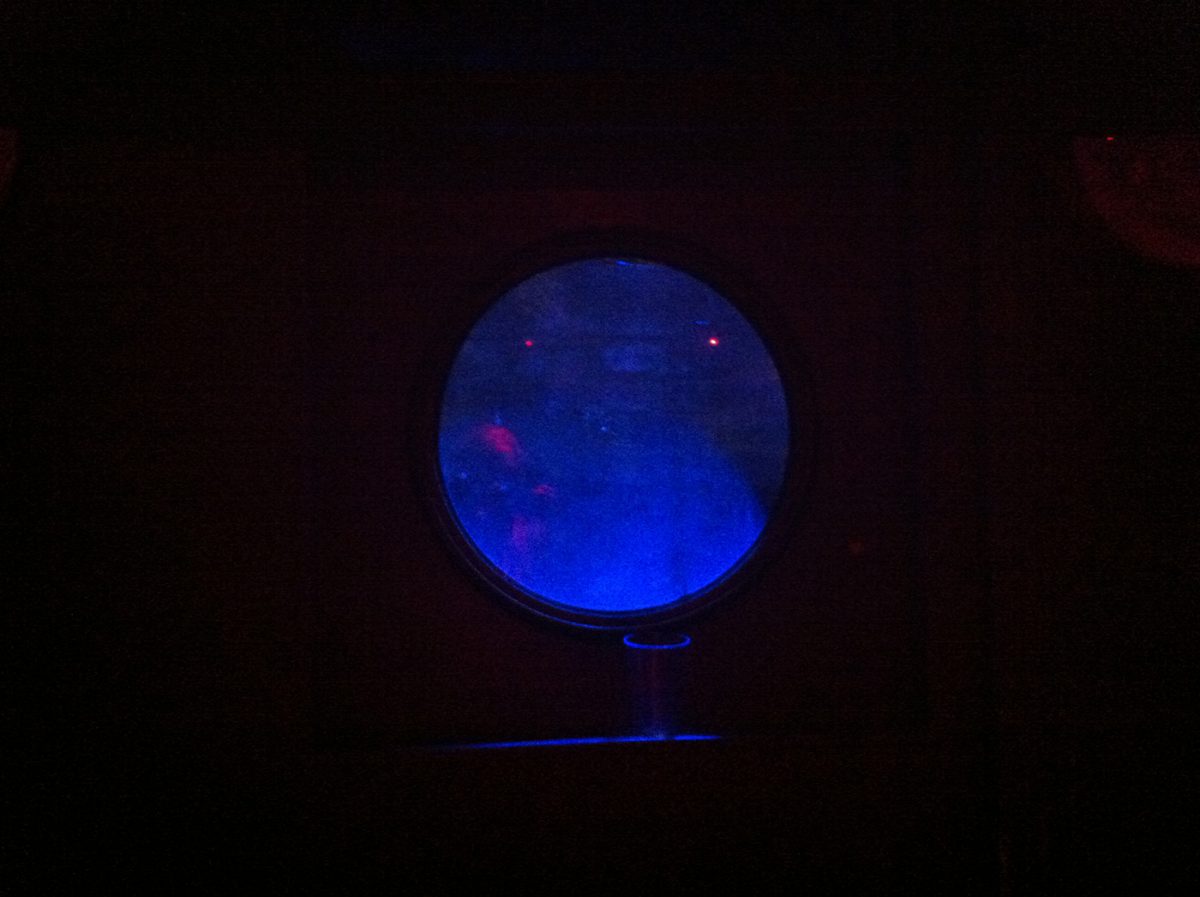 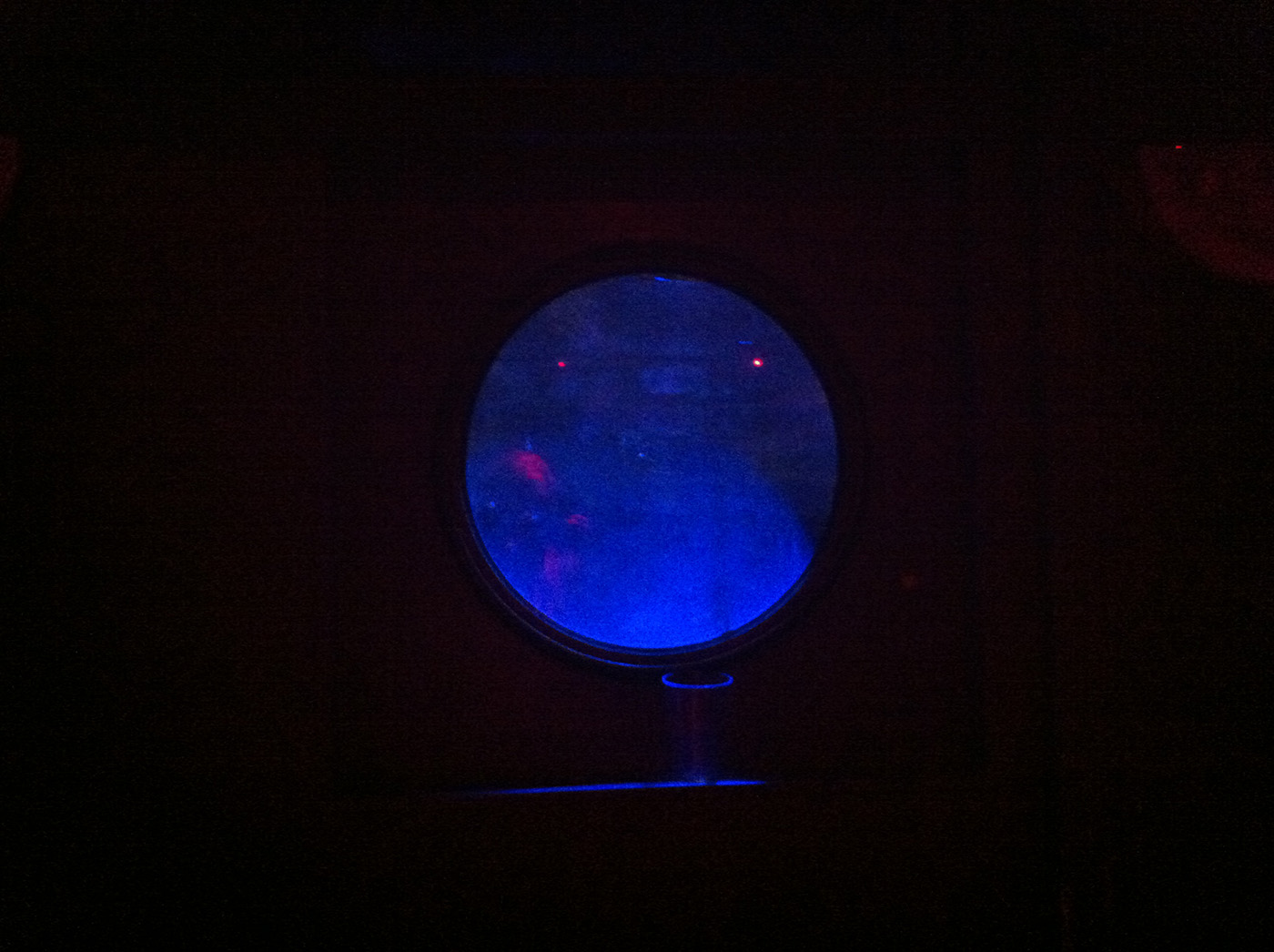 I spent the morning of November 13, 2015 in a police station in Paris, reporting the theft of my wallet in a pickpocketing the night before. It was boring: sitting in a semi-broken chair in a bureaucratic waiting room, filling out forms for a crime that would never be solved but was only a matter of paperwork. And I think of this now because it’s the sort of thing that, under normal circumstances, would be a matter worth tending to, but instead, twelve hours later, the phone calls and text messages and news reports started coming in: terrorists were attacking the city.

It’s the weekend of Paris Photo and the magazine I write for, a photography publication called GUP, has a press booth. We’ve been standing all day among fine art photography, while well-dressed gallerists and art lovers walk around smiling and bustling. Enjoying art, enjoying life.

One of the big parties that was being talked about among the photographers I count as my friends is an event on a moored boat that’s hosting a photobook fair, a venue they call Polycopies, so that’s where we headed that evening. We arrived, ordered a drink, and I stood chatting with a photographer and a gallerist. At quarter ‘til 11pm, my phone rings, and it’s my publisher. He asks if I’m okay, and I say “Yeah, I’m okay…?” I’m kind of confused by the question. “How are you?” I ask, by way of making conversation. He tells me that terrorist attacks have started on the city. He asks where I am, and who is with me.

I hang up, and this is when I notice that everyone around me is suddenly paying attention to their phones. In one hand, they hold a small glowing screen, which they look down at with concern, in the other hand, they’re holding a drink. Suddenly it feels very strange to be at a party, where a DJ is playing and disco lighting flashes over the room. But it’s incredible: information travels so fast now that you can witness the transformation of people and a room as everyone awakes to the reality of a situation that is unfolding somewhere nearby, which we cannot see or hear. There is no formal announcement in the venue, there doesn’t need to be. A girl I’m standing with receives a news bulletin on her phone from the New York Times; text updates arrive from people who are on the street or watching the news at home; we are each connected by our mobile devices to news reports worldwide and to our friends’ posts on social media, on the fly, instantly.

It’s unnerving, simultaneously empowering and inflammatory. Ten years ago, we might’ve just been a group of people on a boat, who would learn about the events after the fact, or at least would wonder vaguely why there were suddenly so many police cars and ambulances speeding past the Seine… but now we were aware minute by minute of the attacks as they spread. But this is how it goes down: information is immediate but sporadic and with unknown reliability. Someone texted at one point that Gare du Nord was attacked (it wasn’t) and another time that there was an attack at the Louve (there was). The confirmed attacks were so haphazardly placed that it wasn’t apparent at all where would be safe, and where would be unsafe. Presumably, that was exactly the point.

Instinctively, I looked around the boat for exit points, and spot none aside from the one entrance. It was claustrophobic, I felt trapped – unsafe on the boat, unsafe to leave the boat. And, again, this is an emotion arrived at from no first-hand sensory information: we could see or hear nothing of the actual events, only sirens.

We received word that everyone was advised to stay inside, provided they were safe. We heard that the borders were closed. We heard about the hostage situation, and then later about the execution style shootings, and then about the police storming the Bataclan, and the siege ending – minute by minute. Is it over? Is it not?

Text messages, phone calls and status updates were rampant: Are you ok?

I exchanged text messages with a friend, who had ended up at a bar a few doors down from the restaurant that was attacked, and who said he could see bodies being carried out. He was staying put, because that’s all we knew to do. We had access to so much information… and yet… it was still not enough to determine the right course of action. These tools of our technology can tell us with ever-increasing immediacy what has already been, or even what is, but still cannot tell us what happens next.

Slowly, as it passed midnight, and then 1am, groups of people on the boat made the choice to leave, to return to their hotel rooms or residences. Others, whose hotels were located close to the attacks, knew they would have no chance of getting back that night, so were discussing alternative plans. Those who are still around at that point, probably around fifty of us, sit in huddles around phones – some start looking for outlets to plug in their dying devices. I’m down to 18% myself, but I don’t have a charger. I sit in silence on a couch next to a man I’d been talking to earlier, who is also sitting in silence. We both stare into the emptiness of the room.

The disco lights are still rotating around the boat, and empty plastic cups lay around on drink-spotted tables. What is this place?

I look out one of the boat’s portholes, to try to see if anything is happening on the street above, but it is only the darkness of deep night, and water lapping against the side of the boat.

A student group who was attending the party, suddenly collected themselves into a circle as their leader made an announcement that they were heading to a safe house – no taxis would be available to be able to transport such a large group, and their hotel was not located in a safe area. They posed together for a group photo, with wide smiles and camaraderie, in what seemed a bizarre decision for a tourist memento of their time spent ‘trapped’ on a boat on a school trip. As one posing woman shouts out an enthusiastic “WOO!” I can only bark out in her direction, “Really?!” My friend N., a photographer and occasional teacher, was more sympathetic in his reaction towards them than I was, saying with a shrug, “It keeps them calm.”

We have been looking for a way to get back to our room safely, but information regarding whether public transport is running is spotty, and possibly not safe in any case. We book a car with Uber, which is a challenge in itself because there are no cars available, and as soon as one appears on the screen, it disappears in an instant as someone, another person in the city of Paris who is stuck somewhere they don’t want to be, snatches it.

As we get into the car and start to drive along the Seine towards our hotel, the streets are silent except for the sirens. A block away, a national building has soldiers in full combat gear and machine guns posted at every five meters, dramatic in their order and presence like columns.

With the dispersion of information, so comes the dispersion of emotion: fear, sympathy, panic, comfort. While on one hand it is now easier to inform each other about events… these same mechanisms make it easier for those with angry or violent tendencies, eager to bleed others but lacking direction, to congregate with one another and collaborate, even inspire others through their actions. Our connectivity is therefore an amplification of impulses already within us, not modifying our humanity but refining its expression, making the contrasts all the more apparent.

I have no words to describe the sorrow I feel for the particular manifestation of nihilism and passion that causes suicide bombers. As a humanist, I want to feel sympathy for the plight of all human beings and the idiosyncratic circumstances they encounter that shape the person they have become; but as a human, I wretch with disgust for the pain they create.

It is the morning after. Saturday, November 14, 2015. We have not slept much, and I can hear traffic moving along normally on the streets below. We have croissants and black coffee for breakfast. The beautiful French doors let in the morning light, and the small terrace, wrapped in ornate iron and topped with small flowering plants, seems delicate and sensitive. People are walking around outside, and it might be a normal day, if you didn’t know better.

We’ve been looking up reports of what will be closed. All national or official buildings; schools and museums; most shops; and also the event that is our reason for coming, Paris Photo. France’s prime minister, Francois Hollande, has announced three days of mourning.

My evening dress from the night before is hanging by the window askew, disheveled from long, tired wear, looking stupidly fancy. Is this the lifestyle they find worthy of destroying – the culture, the appreciation of beauty, the joie de vivre? My mind is torn between wanting to understand, and being relieved that I cannot. I listen to the traffic below, watch the leaves of the terrace plants blowing in the wind, and realize another day is passing.