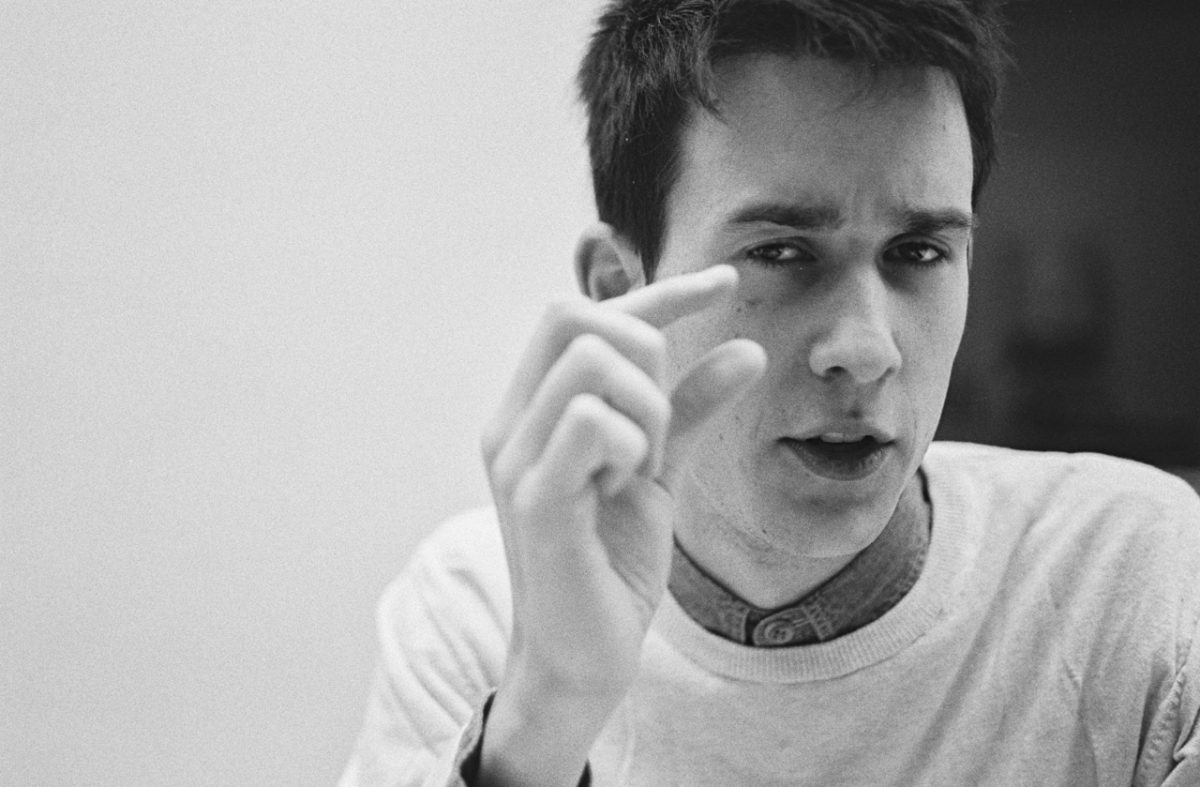 A small room, a closed door … and all the fantasies of the mind unleashed. For his project Free Now, Belgian photographer Pierre Liebaert (1990) placed an ad seeking people willing to participate in a nude photography shoot. Though he was only 23 at the time, and all the respondents were men, mostly in their 40s and 50s, Liebaert met them alone in a hotel room, rented by the hour. While no expectations were set in advance, a certain theatre unfolded between photographer and participant as the men played with the experience, using the freedom of an anonymous encounter to release themselves from the shackles of society. In this interview, Liebaert speaks with us about conjuring the devil for a photograph, the dangerous allure of a secret and the difficulty of being human.

Tell me about the men that you photographed for Free Now. How did you meet them?

It started with photographing people in the woods, for my previous body of work, Big Shit, together with the Belgian photographer Clément Huylenbroeck. On the highways in Germany, Belgium and France, there are some wooded areas next to the highways, and men go there to meet each other. They’re very crude encounters. The men are travelling from their work to their families, and they meet in the woods. It’s not a ‘real’ place – the woods are an idealised place, a place for fantasies. In some stories and mythologies, the woods represent an unknown place, the path to the unconscious.

I met some of the men who go there and spoke with them, and I asked myself: how can a person live with two lives? How can he live with two personas in one person? Or, not only two personas, but three, four, five… This question is the genesis of my work.

It’s not very comfortable to photograph in the woods, though. It’s full of tension, because there’s prostitution and pimps, and this brings hooligans and policemen. Some of the men I met are very ashamed of this kind of life, and the camera augments this shame. It’s a kind of mirror. So, instead, I decided to put an announcement online to organise some nude sessions. I received hundreds and hundreds of answers – from only men.

Only men responded? What did the ad say?

The announcement didn’t specify men, it was just a general call for people willing to pose nude. It was only later, after these sessions, I realised all the people, all the men, corresponded to one type: they wanted the chance to look at their social life from the outside, like taking a hot air balloon ride and looking down from above. And, these men wanted to discover through the photography a second life, their ideal life.

What is this experience like when you’re in the room together? Because you’re not in the woods, you’re in a very small, confined space.

I organise these shoots in a sex hotel, which can be rented for just one or two hours. You finish, they clean up and voilà, there’s a new bed – it’s totally pragmatic. It’s an awful hotel, like a jungle with plastic plants and a baroque sofa.

You meet the woman at the front desk – room 12, second floor – and you go there, lock the door, close the curtains, put on some coloured neon lights… it’s a horrible place, but it participates in the ritual. It’s too much, it’s too different. It offers the models a different state of life. And that’s important because we’re often meeting during their lunch break, between 10 in the morning and noon, or between noon and 1 PM. It’s very efficient: we speak, we take some pictures, sometimes five rolls of film or fewer, then, “Okay, I have to go!”

This is an excerpt. The full interview was published in GUP#49, the Intimacy issue, and later published online at GUP Magazine. We talk about conjuring the devil for a photograph, the dangerous allure of a secret and the difficulty of being human.