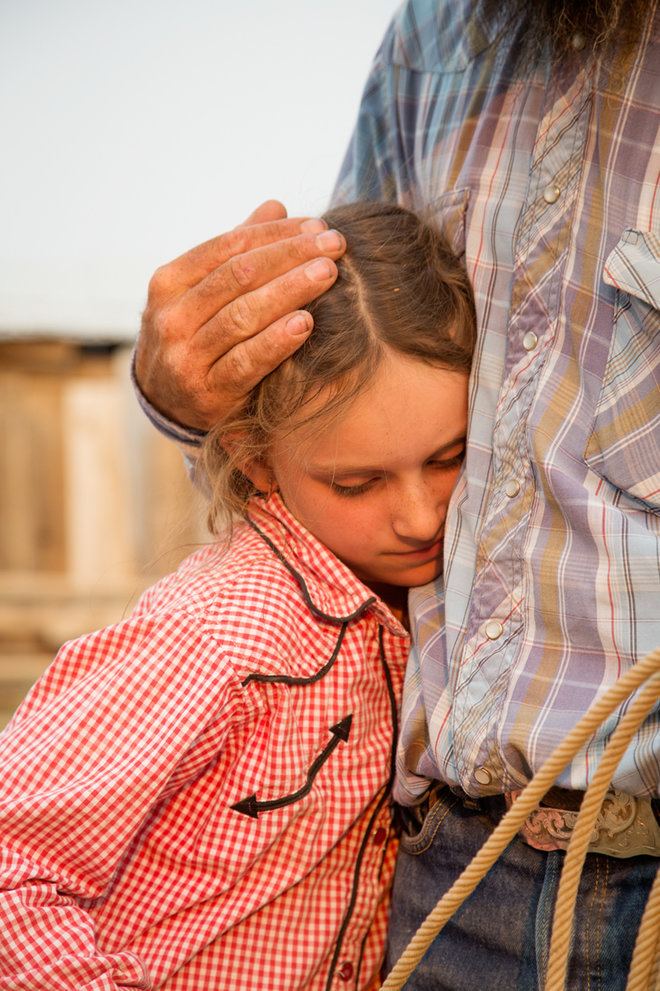 A New Image of the American Cowboy

Finnish photographer Karoliina Paatos (1979) has been photographing the cowboys of the American West for the last six years, focusing on various aspects of contemporary cowboy culture, such as daily life, macho attitudes and the gay community. She has now brought together a collection of portraits and scenes from ranch life into a new photobook, American Cowboy. She speaks with us here in this interview about the myth of the cowboy, the harshness of ranch life and a photographer’s need to adapt.

There’s a long-standing mythology surrounding cowboys. How did the fantasy compare with reality?

I tried to keep an open mind when I went there for the first time, because I wasn’t personally familiar with the culture, but of course all the images from popular culture affect me, too. I would say there’s some truth to the myth. A ‘cowboy’ is a job description, like a plumber or a teacher or a truck driver, so there are many different ranch jobs besides just cowboying, but the cowboys are often young males and solitary – they don’t have a family yet and they do move around a lot.

“Well, the image of a cowboy is basically a young dude. A rascal, a solitary hero. And then I’m showing these two little girls who do exactly as the big cowboys can do. They are so handy and brave. They compete in rodeos and they rope calves and are just so skillful. I feel like they’re excellent role models for everyone and they’re very hard-working.”

What was maybe the most surprising for me, was how unchanged the work description is, actually. Of course, they use cars and tractors now, but you still have to use horses and in many places they rope with a lasso, too. And, all the clothing that they wear is very aesthetic – so it’s a good subject for a photo project – but at the same time everything has a function. For example, the scarves they wear, called ‘wild rags’, are made out of silk or a similar material that’s best against the skin, and the leather chaps they wear, which differ from one region to another – whether chinks or chaps or shotguns – protect the legs against brush and cattle. For us, it just about the aesthetics but for them it’s functional stuff. Though, the aesthetics are super important to them, too, so they’ll order handmade leather boots, for example.

In your images, you’re not just showing the typical ‘lone wolf’ cowboy though, you’re also showing families. How much of that did you see?

I wanted to broaden the popular image of American cowboys. Even with my title, American Cowboy, I’m not trying to define what an ‘American cowboy’ is, but I’m showing that there is more to it. I think that the culture is dying because it’s more and more a case of big companies owning ranches, rather than families, because land is getting so expensive that people can’t afford it and there has been a drought in so many places for such a long time that people can’t afford to feed their cattle with store-bought hay, so they have been forced to sell the cattle. So, it’s changing, it’s evolving. It will remain, but it will look a little different, not so many small family-owned ranches. Not so many people can do it anymore, because it’s not an easy way of living. Many times, when people start to have children, they go to work at the gold mines or for oil companies – something that they get actual money from.

This is an excerpt. The full interview with Karoliina Paatos has been published on GUP Magazine. We talk about her work photographing the macho culture of American cowboys.