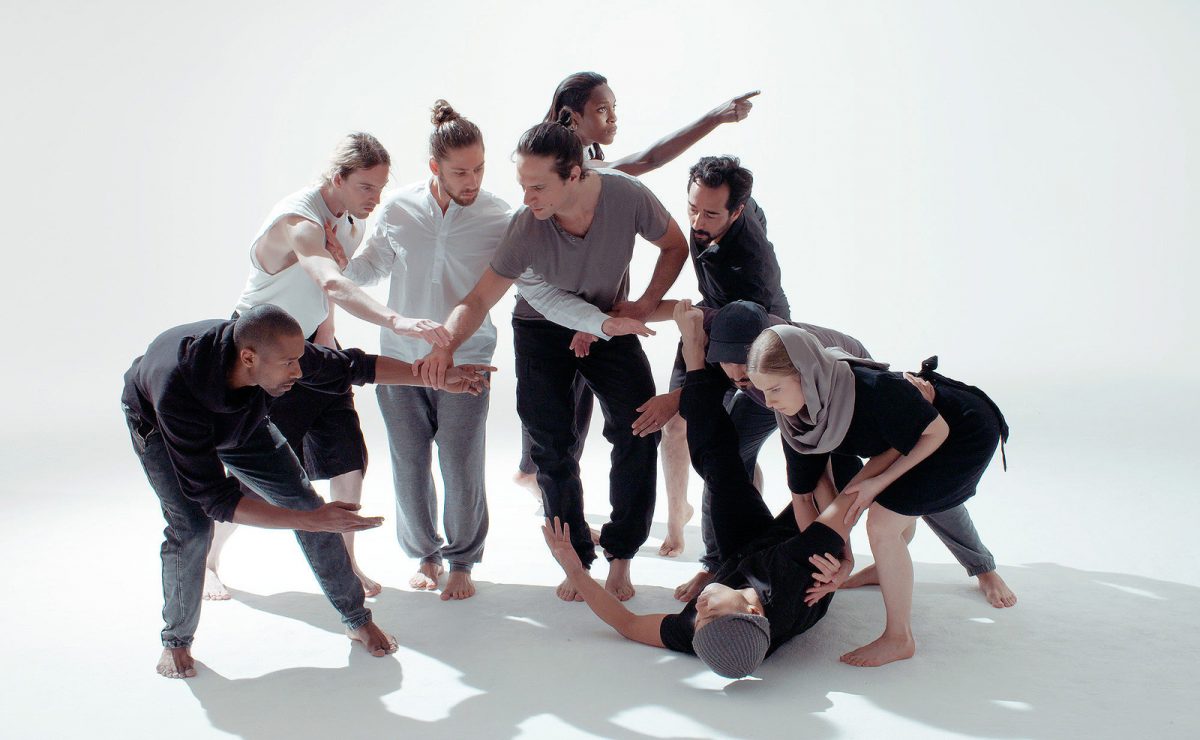 Why is it that we, collectively as a society, find one image more appealing than another? How do we arrive at those preferences and what is the impact of them? Dutch artist Coralie Vogelaar (1981) begins to examine these questions by looking at the patterns that emerge from massive amounts of imagery and the behavioural data that machines collect about people’s interaction with them.

Working with the database of news images culled from the same event, Vogelaar identifies which specific image is replicated the most across the internet, thereby defining it as the most ‘successful’ image of the set. Comparing the successful image with its less successful counterparts, she extrapolates the components that, evidently, create in our minds the ideal image. Her project Recognized / Not Recognized will be exhibited at Museum of The Image (MOTI) in Breda, The Netherlands, as part of the BredaPhoto festival, from Sept 15 – Dec 31, 2016. Vogelaar speaks with us in this interview about photographic archetypes, cinematic images in news, and the data that drives it all.

You were looking specifically, and exclusively, at news media images of major events. How did you decide which events to focus on?

I chose the events with the most images and the most press coverage worldwide, so for example, that included the Euromaidan demonstrations and revolution in Kiev, the refugee crisis, the protests in Hong Kong. The project actually started with that event, because I had a stopover in Hong Kong, and there was a protest going on, and everyone was taking pictures – it’s not even that they were demonstrating, everybody was just taking pictures. Maybe that’s the new way of making a protest?

For me, it was an interesting thought to consider: what pictures will come out of this? It’s probably a different experience to be here in the protest, compared with what pictures will show about this event. It made me curious about what they were seeing from this protest back where I live in Holland.

But, the project is not about the specific events that I chose, it’s more about the archetypal rules of defining a ‘good’ news photo.

So, how do you determine what distinguishes the ‘successful’ images?

I’m working with a press agency database, where all the photos from an event are shown, and you can view and select them for usage. After I determined the most photographed events, what I did was, I scraped all the photos from that event, and then I put those images into a Google image search, to see which photos have the most hits – that is, they’ve been replicated across the internet the most number of times. Then, using the top placed images from the data set, I compared them against the photos that were taken at the same place, by the same press photographer, trying to find photos that are similar, but were not placed.

From there, you see the rules that emerge. The movement across the still images is kind of like a hump: all of a sudden, out of the chaos, there’s this ‘painting’ that emerges.

What are some of the rules that emerged?

There are certain patterns that trigger us, for example, people standing together, and each of their positions appear to be part of a single movement: 1, 2, 3. It’s like a story, a progression.

In real life, in the middle of some situation like war or a natural disaster, there is so much chaos and you don’t really know what’s going on, but in a ‘successful’ photo, the story is made comprehensible. The chaotic pictures – the ones which maybe even show how it really is when you’re there – those pictures aren’t placed at all. In the successful photos, what’s shown is a simple story you can follow, and your attention is drawn towards one person, mostly the victim. Everybody in the photo, all the hand gestures, all the lines, are going towards this person. And you’re immediately identified with this person.

What do you think it means that the ‘successful’ images are so cinematic?

I think we don’t take time, or we don’t have time. We want to quickly comprehend events, and it’s the most understandable images that achieve this. Our brains are filled with archetypes, which we see in these images and we recognize them. We like to see a refugee as a boy who’s a victim, and not, for example, an image that shows refugees being just like us. It doesn’t feel like they’re really strong people, in the images – for me, they’re all heroes, but they’re portrayed as victims. In the image, there’s a single victim, usually some poor kid who looks directly in the camera, and everybody is surrounding him or her, and there’s a bit of chaos around. That’s really successful.

Were you surprised at all by the rules that emerged?

A lot of rules were quite common sense, things we already know or suspect, but it’s more confronting to see it confirmed. One person in front of a huge group of cops? That’s what works. Never two or three.

You developed these successful and unsuccessful images into choreographed movement videos. Tell us more about these.

This started with the observation that the popular photos show something almost like dance – it’s like a perfect composition of movement and framing. I wanted to translate that into a movement study, so I worked with the choreographer Marjolein Vogels, and we brought in some dancers to perform the two sets of photos. A still photo is just a moment in time, but this movement helps us understand the relationship between those still moments – we see the whole story behind it.

The choreography gives the whole idea more of an abstract interpretation. The choreographer has a background in mime (movement study) so the dancers are moving rather than dancing. The funny thing with the unsuccessful photos, is that I had to correct the dancers all the time, because they were making it too beautiful or too dramatic.

What do you think is the impact of this idea that one image becomes representative of a scene, being duplicated again and again, instead of other images?

I’m fascinated by robots now, and how we are teaching them to learn how to see. To learn how to see a cat, they are shown a lot of images of cats, and it’s a neural network that’s being built, the same way as how our own brain works. We tend to look more at pictures, which we are able to recognize, so if it contains something we’ve seen before. Images that are duplicated a lot and seen a lot, have an influence in how we see future images.

Do you think these rules that we understand through processing existing data could be used as a predictor, to determine the most successful image?

Yes, I’m actually looking for something like an algorithm that does this. Think for example of the new cameras from Canon that have smile-detection software built in, so that when you take a group picture, and everyone is smiling, it will click the shutter automatically for you. So, maybe in the future, these predictor algorithms can be implemented in the camera: once it determines a really ‘good’ picture, one that meets certain criteria or rules, it takes the picture for you. I don’t want to say that I will find this algorithm, but the search for it is interesting in itself.

This idea is also a bit scary though, because right now, I’m still able to look at the ‘unsuccessful’ images, too, when I login to these press agencies, but possibly in the future that won’t be possible. Either because the camera didn’t detect a ‘good’ photograph, so it didn’t take the picture at all, or because the picture exists but the database filters it out. This already happens to some extent when you search for something in the database: it shows the photos first which are the most popular. The least popular are always shown at the bottom. So, maybe in the future, we won’t get to see these ‘unsuccessful’ photos at all.

This interview was published on GUP Magazine.