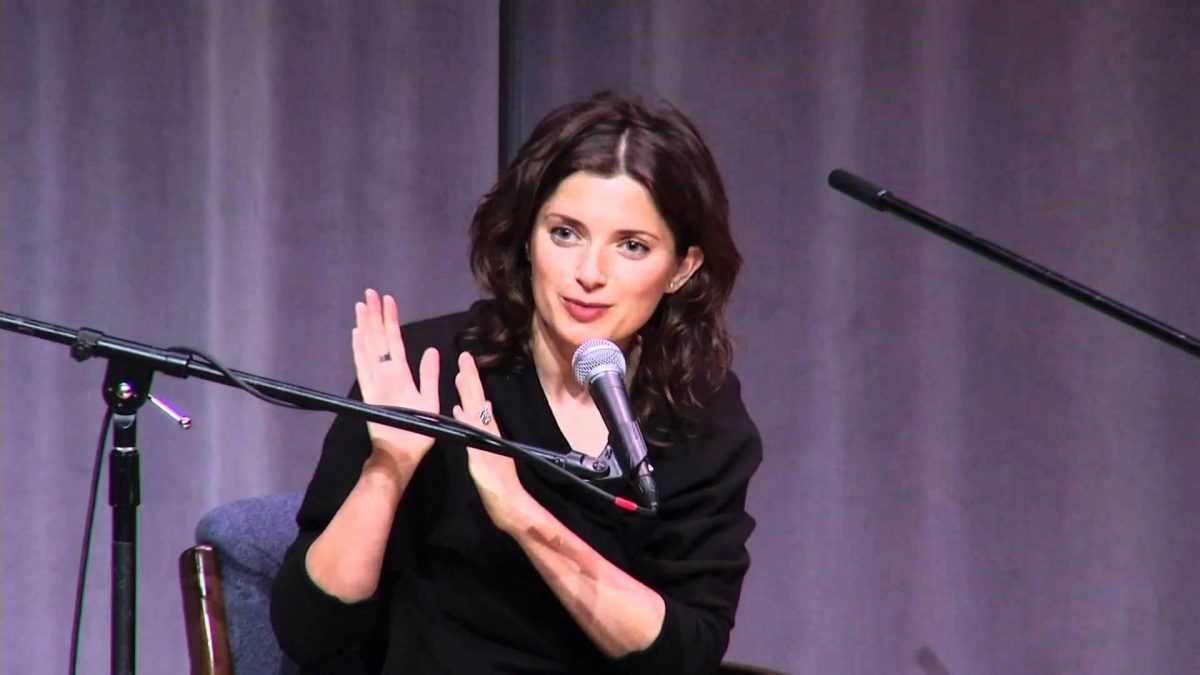 Lera Boroditsky studies the relationship between the mind, language, and the world. Her recent research shows that language holds a much more prominent role in our minds than we suspect. It’s not that we use language to express the thoughts that we have, but rather, the language we speak shapes the way we think about, and experience, the world. Boroditsky is the keynote speaker for the DRONGO language festival -co-hosted  the John Adams Institute- on October 1, 2016.

Tell us about your research that shows how language can shape thought.

I’d come to be interested in how the languages we speak shape the way we think, because first of all, languages differ so much. There are about 7000 languages around the world, and there are obvious ways that languages are different – not only in sounds and words, which we can all notice easily, but also in structure. Importantly, they differ in the kinds of information that they require their speakers to have, just in order to be able to speak the language grammatically.

What I’ve been asking is: does it matter how your language divides up the world? Does it matter what kinds of information the language requires for you to perceive the world, for what you remember, for what you see? Do speakers of two different languages who see the same event, come away with the same memories and understanding of the event? And, when you learn a new language, are you just learning a new way of expressing the thoughts you already think, or does learning a new language actually shape the very things you wish to express?

Give us an example of a language difference that impacts our thinking.

One has to do with how we talk about colors. This is a very basic function of human perception, right? However, the way our perception system works is completely opaque to us: you open your eyes and you see colors. It’s effortless, it just seems automatic, biological. And yet languages differ in how they break up the color spectrum – different languages have more words for colors, or fewer, and they differ in where they place boundaries between colors. For example, in my native language, Russian, there’s not a single word for ‘blue’, as there is in English. For English speakers, there are many different hues – light blues, dark blues, all different kinds of blues – but we can call them all ‘blue’. In Russian, there’s one word for light blue, and a completely separate word for dark blue. So, if you speak Russian, you have to make the distinction, because you don’t have the option to just say ‘blue’.

What this tells us is that language is meddling even with this very basic perceptual experience. What seems to us so automatic, and so much driven by the world, is instead a combination of factors, including the language that you speak. By the time you see the world, you’re seeing it through the lens of your language.

With those kinds of differences, how are we ever to know if we properly understand each other?

Well, the question is actually a much bigger problem than just people speaking across different languages. How could you know that two native speakers of the same language properly understand each other, or even, how do you know that the thing that you yourself said yesterday is being understood by you in exactly the same way as you meant it yesterday, today? Our experiences are constantly changing our brains, and there’s no perfect alignment to be made between one cognitive experience and another. Perfect communication is impossible, even within an individual across time.

Most of the time, what we use is ‘good enough’ communication. You want the salt, so you say, “Please pass the salt”. And if you get the salt, that’s good enough. You don’t know actually what the person thought throughout that entire interaction – any number of things could’ve happened in their mind – but it’s good enough because you got what you wanted. So much of our communication is of that type. As George Bernard Shaw said: The biggest problem of communication is the illusion that it has occurred.

It’s a very imperfect method to communicate through language, but it’s also the best one we have.

Is there any indication that some languages are more efficient or effective than others?

I don’t think we’re in a position to ask that question of languages overall, because all languages are so complex and talk about so many different things. It’s entirely premature to say we’ve characterized any language. The language that people have spent the most time working on is English, and we certainly don’t have a full characterization of English that people would agree on.

However, in certain domains, you can certainly say that one language packs in more information or makes finer distinctions within a particular domain, and there are also cases where languages simply lack a whole system of knowledge. For example, in the West, we’re all familiar with numbers. We take for granted that 100% of Dutch adults will be able to count to 7, and tell the difference between 7 and 8 things, but not all languages have number systems like that. And if you grew up without a number system in your language, the chances of you being able to keep track of exact quantities, or to be able to reliably distinguish between 7 and 8 things goes down tremendously.

Languages are tools that we use, both for communication and thinking, and they’re tools that we craft to suit our needs. Therefore, different languages have evolved over time to suit the needs of the people speaking them. They become more efficient in things that are useful for the people who speak them and they might not even consider certain functions that those people aren’t concerned with. And, of course, languages are living things, so if something becomes necessary for you to talk about, or a distinction becomes necessary for you to make, we can always add it to a language.

What do you wish everyone to know about the relationship between language and thought?

All of us are experiencing the world as a construction. In some cases, we may align with others, in other cases not, but there’s no guarantee that any of the things that we believe about the world are actually true, in any deep way.

This interview was published on John Adams Institute.